While growing up in Vrindaban, we use to go for swimming in Yamuna River
daily at Kaisi Ghat. Kaisi Ghat was the best. It was very long, multistory having
many open rooms for Sadhus, Saints & visitors.

One day we heard sound of Sitar being played at kaisi Ghat. In Vrindaban it was normal to hear Instrumental music, Bhajans, Kirtans. But this Sitar sound was daily thing In evening & when we went in morning on holidays, we heard in morning too.
We use to comment “Aa Gaya Koi Sir Fira” (MADCAP).

Then there was function at our school to, celebrate “Tulsidas Jayanty”. We the decided to bring “Sir Fira”( MADCAP) for the hack of it and persuaded our teacher. And, we were allowed.

So, that evening we went to hunt him in Ghats’s rooms, sound was becoming
more and more distinct as we walked the Ghat. We walked Kaisi Ghat to Cheer
Ghat ( Where Krishna had hung clothes of Gopis on Tree) then again back, this man was somewhere in between, we missed as we were in hurry. So we started slow and reached near a deep inner room, sound
was clear, resonating in whole area we stopped.

Suddenly realizing, we don’t
know what and how to invite this Sir Fira. We made a quick conference and went near room silently to peek and watch first.

So we saw in lamp light in the room a heavy Jata-Dhari half clad long bearded
man playing a Sitar like instrument but having Big two gourds, where as Sitar
has only one gourd. We had never seen such instrument by then, so didn’t even
knew the name, later learnt it is known as Vichitra-Veena or Rudra –Veena.

God knows what he was playing, but one thing we were sure he was intelligently coxing the instrument to something …. Suddenly he stopped playing and Oh My God, we the sneakers stood rooted dumb folded with all sort of ill founded happenings.
Why!
Because that man had stopped playing that funny instrument and placed it in front of him and the sound of Instrument music started and went on for next 15 to 20 minutes!!!!!!

We started whispering all sort of things & that man heard us; he got up came out and apprehended us. His sudden action made us dumbfounded and we without going to details invited him to our program.

He refused. We persuaded. We told him it is Tulsidas Jayanty in our school. Well with lot of this n that at last he agreed.
By now we become a bit bold, as we marked the
music from the instrument was still going on we asked but very hesitatingly. How is the music going on as you are not playing it!
That’s it; ice was Brocken,
he smiled invited us in, showed us a tape recorder battery operated. Well he
asked us about our function and timing, told us he will start playing at 9 PM on
wards only and we have to come to take him along and he also told us to arrange
two good Tabla (Indian Dram) accomplices.

Oh his presentation was fantastic, talking to us student, teachers, and other musicians, to understand what Sound is and how it affects body to rejuvenate
the energy within.

The total Hall; old, youngest sat spellbound, hypnotized,
rooted at their places within minutes of his starting from 10 PM to 4 AM, finishing
with, “Hari Om Jai Jagdisha Hare”.

Even when it was over we sat transfixed. What we experienced was eternal vibrations of transcend sonic kneading of our whole body with soft soothing tingling sensation. We woke up when “THAT SIR FIRA” addressed us.

This “Sir Fira” ( MADCAP) we leant was Great Baba Parvatikar, PhD. in Sound. He never gave any public/Radio presentation, except during Hari Das Jayanty, of which he becomes Chairman, at Vrindaban.

This is the first time any one explained us the POWER OF OM SOUND, HOW IT
EFFECTS THE BODY, MIND & SPIRITUALLY.

I myself , went through the exercise and realised the effect.

My Resurch in OM 🙏
Sound of OM ॐ in a compacted maner.

This is not NOT SOUND but the HUM of Universe, & the Hum is reflected back by every planet.

We have billions of galaxies and so are planets & Suns.

In very layman’s language this hum is generated by billions of rotating galaxies.

& here comes THE creation of Brahmn.

Every individuals matter gets ignitited with Residual POWER. This residual power is the in every matter is BRAHMN.

THIS IS WHAT IS UNDUSTRUCTABLE* & THESE 33 RESIDUAL POWER IS THE CREATOR OF BRAHMA-NAAD.

THIS HUM IS SYNCING WITH EVERY LIVING BEING, WHETHER IT IS DYNAMIC JIVA OR ROOTED JIVA.
(जड़ जीवा हो या चल जीवा हो.)
That keeps the body pulsating to generate the energy to keep functioning of Living .

Hence it becomes our DUTY, DHARMA to keep our BODY in functional mode (Healthy) to bear the vibration of HUM.

In another words it gives whole body an sonic massage to activate the life.

I believe we have many such great musicians who respect the tradition of music as reverence to goddess, than to commercialize for Money. 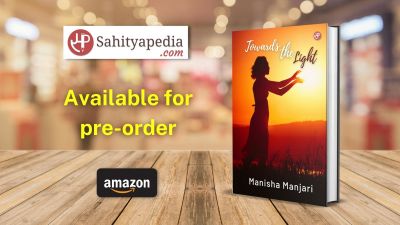 The Buddha And His Path
Buddha Prakash
#5